When a Scarf is more than just a Scarf

So on Sunday, it turns out my (unintentional) pick was right. Hurrah for people!

I know that my friend Lauren, for one, was very excited by the victory, but no doubt by now that excitement is wearing down. So I wanted to give her a chance to gloat and celebrate just a little bit longer.

Not long ago, Lauren sent me the coolest scarf ever, which she knit herself. A night or two later, testing a new lighting setup, I was wearing the scarf. What started as purely a test evolved into a photo shoot when I discovered that the scarf doubles as a gigantic mouth. Hilarity ensued. My two favorites: 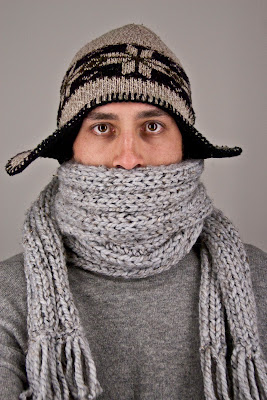 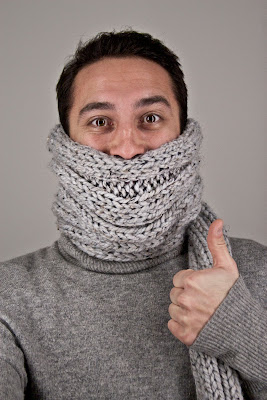 (Sorry they're not larger. I'm working on hosting the images from my own domain)